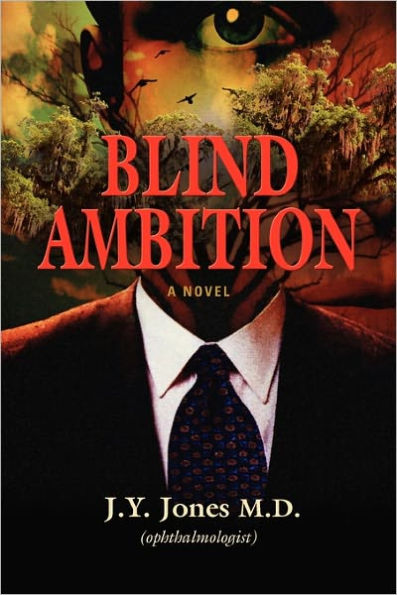 Set in a fictional coastal Georgia town, an ophthalmologist in practice for some thirty years faces financial ruin because a young, aggressive eye surgeon has come to town and built a huge, ostentatious clinic. Using massive advertising, a well-trained staff, and a network of cooperative optometrists, the latter surgeon has sucked up all the eye business in the area, and does cataract surgery on everyone his operatives can convince to have the procedure, whether needed or not. The older surgeon finds he can’t compete with such forceful tactics and faces the biggest crisis of his life.

Every facet of the younger surgeon’s practice is designed to make money, regardless of whether a service is needed or not. He exhibits strong superstition and pattern behavior as a manifestation of demonic control over his life. He also is a womanizer and an avid sailor, and uses his personal sailboat as the means to take a succession of women, most of them associated with his practice, on weekend outings. An unhappy patient with a poor surgical outcome creates an environment that spawns a lawsuit by the younger surgeon against the older one. This concurrently gives the younger surgeon an idea to eliminate his unwanted wife, whom he has been unwilling to divorce because it would split his considerable assets and hamper his lofty financial goals. Dealings with a drug lord lead to a massive influx of money for the unethical doctor, as he uses his sailboat to transfer drugs from a ship offshore to the mainland, where he has good connections to law enforcement that keep him safely from scrutiny.

"Dr. Joseph Newell sat in his bedroom, marooned in his three dimensional world, his head in his hands, a grimace on his rotund face. While I was too occupied to belabor the thought, I was deeply aware of his plight and sympathized with him. His wife, Rita, was still asleep nearby, and Newell could faintly discern the sound of her quiet breathing. Outside, he could hear the wind blowing and the rain falling, the dismal day matching his mood. The aging ophthalmologist surveyed the scene around him and considered his recent setbacks. His once-prosperous eye surgery practice was suffering and seemed +destined for failure, and the competition was undeniably strengthening. His modest home was situated in King’s Bay, Georgia, a bustling seaside community that had until recently been a quiet, comfortable place to live and practice his specialty. Close by Newell’s quarters I was involved in an invisible war, and all participants bore battle scars, the result of hours spent fighting in the restrictive confines of the time dimension. Opposing forces could not have been more different in appearance, though in manner of combat they bore striking resemblance. Our enemies were dark, sinister beings covered with a variety of gruesome skin: some coarse and filamentary, somewhat like a pig; some with unsightly wart-like knots all over; others slimy, scaly, or sticky. Most had faces that were very nearly monkey-like or bat-like, with gaping mouths and frightening teeth. Their ill-fitting garments were black and loose and their forms reeked a putrid, offensive odor. They flitted about like miniature gods, moving with ease, undetectable by natural eyes most of the time, though they occasionally flashed briefly into the visible spectrum... " Read full book excerpt from Blind Ambition: A Novel by J.Y. Jones