Another Rifle, Another Land by J.Y. Jones 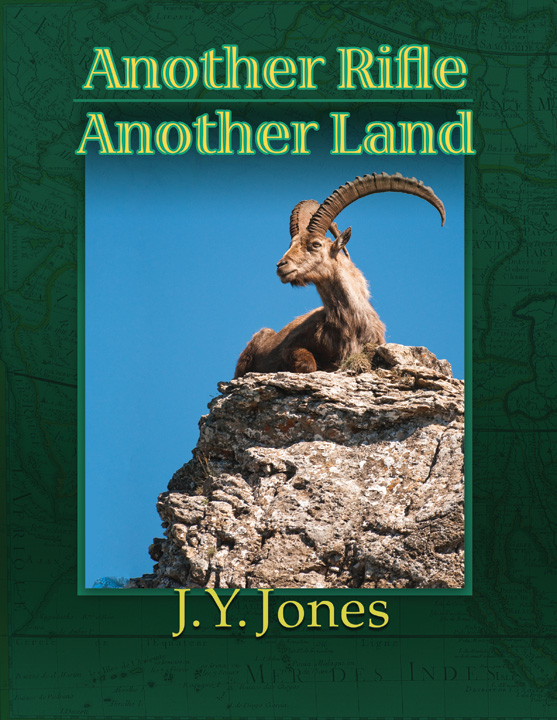 J. Y. Jones’s first book, One Man, One Rifle, One Land, was a book of note, and the fact that we have reprinted it three times is a sure sign of success in book publishing. Now in his follow-up book (his thirteenth book), he ventures beyond North America to hunt the big game of Europe, Asia, and the South Pacific. And no, there is no African hunting. Yet the variety of game being hunted is enormous, and this is a fact that few people realize—Asia rivals Africa in numbers of species of game animals.

The book is organized by game categories and starts with high-altitude game such as chamois, Asian and European ibex, bezoar, tur, and tahr. Practically all the animals in the book are free ranging, and all but a few come from their native range when they are available there. For those who like sheep and sheep hunting, included are two chapters on snow sheep, three on argalis, three on mouflon, three on urials, and two on blue sheep. That should be enough to keep any reader going for many long evenings of leisurely entertainment.

There is not just one subspecies of each game animal included, but sometimes several. For example, the chamois and ibex sections alone contain five chapters each, and every chapter deals with a separate subspecies. Using a similar format to One Man, One Rifle, One Land, this tome includes natural history and background; good quality photos of the animals in their habitat; and the icing on the cake, his own hunting experiences with each particular animal. As before, this new work by Dr. Jones is exhaustive in its scope.

This book, of course, is more than just a comprehensive survey of mountain game. Included are the giant red stags and maral, the two subspecies of roe deer, the small miniature deer such as water deer and muntjac, and all the sizes in between. There are 18 chapters covering the various deer categories, and that is without including Asian and European reindeer and moose, which add another four chapters. Next up is an array of gazelles, and then we have the wild cattle, bears, wolves, and boars. In all J. Y. Jones has collected 118 varieties of big game without ever having hunted in Africa, a feat never accomplished by anyone else, as far as we can discern.


Purchase Another Rifle, Another Land by J.Y. Jones