J. Y. Jones, MD is an avid hunter who has taken all North American big game species using the same Remington .30-06 rifle, resulting in the book One Man, One Rifle, One Land (Safari Press, 2001); Dr. Jones helped Safari Press produce the Ask the Guides series, their most successful North American hunting books.  Dr. Jones has been an eye physician and surgeon for four decades. He is a decorated Vietnam veteran, speaks Spanish and Russian, and has volunteered in more than twenty-three overseas eye-surgery mission trips. He has received numerous awards for writing and photography, and is a frequent speaker at sportsmen's events, where he particularly enjoys sharing his Christian testi­mony. J.   Y. and his wife Linda have been married since 1964. 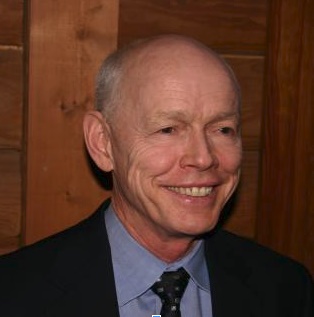 Primary avocation: Hunting
Some 350 articles published to date in the hunting/outdoor literature. Hunted in 18 U. S. States and 7 Canadian Provinces, plus Mexico, as well as some 30 countries of Asia, Europe, and Australia/Oceania. Major book on taking the 43 North American big game species and subspecies with the same .30-06 rifle ("One Man, One Rifle, One Land") published in January 2001 (Safari Press, Huntington Beach, CA). A sequel to that book, using a different Remington rifle in Eurasia, featuring 72 big game species has been submitted to Safari Press for publication

Want to buy a book by J.Y. Jones?
CLICK HERE