Impossible To Fail by J.Y. Jones 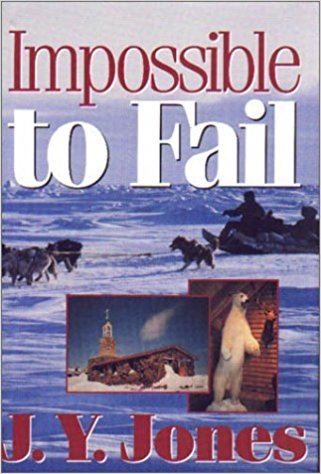 A lifelong hunter, J.Y. Jones had harvested many animals, including an honest ten-foot brown bear. But the polar bear eluded him, primarily because the Marine Mammal Protection Act of 1972 (MMPA), in addition to protecting the Alaskan polar bear from over hunting, also prohibited hunters from the United States from participating in legitimate and well monitored hunting in other localities. Convinced that such policies and restrictions were misguided and damaging, Jones embarked on a six-year odyssey to prove his point to government officials.

The story of the long battle to approve importation of legally-harvested Canadian polar bear trophies taken by American hunters in Canada. The author was the leader of this effort, and succeeded, through a network of interested outdoorsmen, in getting two acts of Congress passed that amended the Marine Mammal Protection Act to specifically authorize this practice, which was demonstrate to Congress to be the best conservation of the species, and which passed Congress by unanimous consent both times it was brought up. This is the story reveals the obstacles, bureaucracy, and the problems he encountered on his quest, ever buoyed by his motto, "Act as if it were impossible to fail."