Crossing The Burn by J.Y. Jones 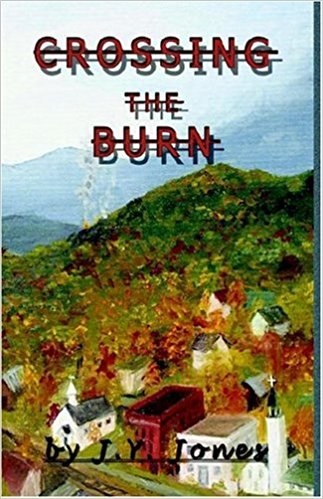 Set in the northern Georgia mountains in the 1950s, this book brilliantly highlights the best and the worst in the mountain folk that constitute its main characters. Travis Jackson is a young teenager whose passion for the outdoors is strongly stimulated by an irreverent elderly neighbor who is a cynical retired chicken farmer. The youth is also heavily influenced by an opinionated part-time preacher and packrat who lives nearby. As the boy matures, the tug of the two men's opposing philosophies and values creates a troubling tension that is central to the story. While both men are highly unconventional in their views of the world, the first mentors Travis by his considerable outdoor skills, especially in hunting squirrels and harvesting wild produce from the local environs. The second man lays the foundation for the youth's spiritual development through displaying a veiled spiritual strength. Along the way many Appalachian peculiarities are featured, bringing much local color into the fabric of the story.

The youth's life involves a diverse peer group, and his interaction with them produces numerous interesting adventures that are interwoven in a stimulating backdrop. Highlights include Travis' experience with his guardian angel, his discovery of the victim of an unsolved murder, an inexplicable belligerence towards him from a certain segment of the community, stumbling upon a deadly illegal activity that almost costs the boy his life, and the revelation of his elderly squirrel-hunting buddy's dark past. These elements combine dramatically to bring the tale to an exciting and unexpected conclusion that holds profound spiritual implications.